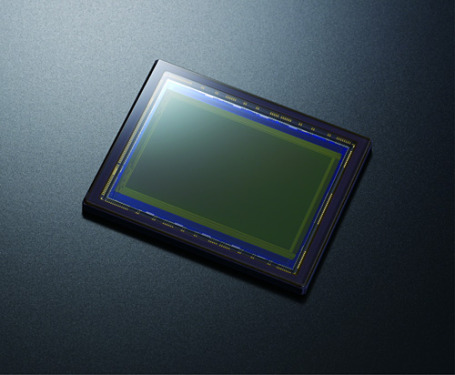 10 years ago, the popularity of camera phones, coupled with portable laptops and PC monitors equipped with embedded digital cameras, has led to tremendous growth in the sales of CMOS image sensors, reaching a peak of US$4.5 billion in 2006. However, after the product market matured and manufacturers soared, image sensors, especially for camera phones, were in oversupply and were in trouble. The growth rate was unstable and ups and downs, and it was not until 2011 that they again embarked on the road to growth.

That year was a substantial increase of 29% compared to 2010 ($4.5 billion) to $5.8 billion, and the market-advance company ICInsights recently predicted that it will continue to increase by 8% in 2012 to reach $6.3 billion and deploy cameras for mobile devices such as With the new wave of embedded digital image applications such as touch screen smartphones, tablets, and automotive, medical equipment and secure network devices, it is expected that the CMOS image sensor market will grow year by year, and it will reach 10.88 billion U.S. dollars in 2011. The average annual growth rate during the five years from 2016 to 2016 was as high as 13.4%, which is comparable to the 5% difference between 2006 and 2011.

Until 2016, camera phones will continue to be the largest application of image sensors despite the slowdown in growth rate. By then, they will occupy half of the market, accounting for 50% of the total market. The fastest growth among them will be the use of image sensors for automobiles in 2016. Sales value of up to 1.8 billion US dollars, accounting for 17% of the entire market, independent digital cameras and camcorder applications CMOS sensor due to its continuous replacement of the coupling device image sensor and special growth potential, on the contrary, the improved camera phone market size will be Reducing accordingly.

When sensor market growth stagnated five years ago, several manufacturers had decided to close their doors or sell their businesses, but after new applications have driven new growth, competition has intensified and suppliers have again increased. Now the world's largest manufacturers are Omnivision, Samsung, Sony, ST, Toshiba, Aptina, etc., and most of them are already using 300mm wafers, whether they are production or OEM.

Image sensors gradually monitor mainstream technologies In current surveillance HD camera products, 1.3 million and 2 million pixels are the main products, and products with 2 million pixels and below are CCD and CMOS evenly on sensors, and more than 2 million pixels. Mainly based on CMOS, but overall, high-definition camera performance in low illumination, wide dynamics still needs to be improved.

The main advantages of CMOS sensor technology are: low cost, simple manufacturing process, and low power consumption. At the same time, after years of development, CMOS sensors have made great progress in imaging wafer technology and imaging technology. Among them, the imaging wafer technology from the early 3T technology, through the 4T, 5T, 6T, 7T, up to the latest 8T technology, making the CMOS imaging technology gradually mature applications, the application of this technology to a large extent to circumvent the CMOS The shortcomings, but the advantages have also been greatly enhanced. In addition, CMOSSensor technology has also achieved good adaptability in industrial applications (such as ITS/Security high-speed capture, Anti-Blooming, Anti-Smear, etc.). The CMOS Sensor's semiconductor process enables low-cost, high-resolution, large-screen imaging.

In addition, it is worth noting that Panasonic recently launched a 1/3.06" 11.4 million pixel SmartFSI image sensor MN34130PL for portable digital cameras and network cameras. The sensor is expected to begin mass production in December this year. This new MOS image sensor Successfully used large and deep high-sensitivity photodiode formation technology on small-sized pixels (1.12Ã—1.12Î¼m), which reduced the pixel area by 71% and improved the signal-to-noise ratio by 3.2 times compared to existing products, even in dark places. You can also faithfully reproduce the color of the subject.

Key Technologies Cannot Be Ignored HD Network Cameras usually distinguish specifications according to resolutions such as common megapixel HD webcams, ie 1280x720 HD resolution, 1.3 pixels (1280x960), 2 megapixels (1920x1080 full HD), 3.2 (2048x1536) Pixels) and even 5-megapixel, 8-pixel and 10-pixel cameras. In addition, in practical applications, depending on the needs of different environments, the requirements for product characteristics are also much different, so in addition to classification and resolution, people also put their main characteristics based on, such as WDR cameras, low-light cameras, intelligent video Analyze cameras, etc.

As a camera, HD network cameras must have key technologies such as sensors. The sensor, which converts the optical signal to the front end of the electrical signal, is the key technology that will affect the image quality. The sensor in the HD network camera, the specific requirements of the application, for example, in order to meet the data processing capabilities of high-definition images, to meet the needs of large-format large-scale images require large targets, the cost pressure brought and the technical challenges of high-definition camera sensor technology .

There are two types: sensor CCD and CMOS. Generally appear in analog cameras, CCD, but in the era of high-definition, it is difficult. For 1080p products, they use almost CMOS. Because most high-definition cameras use CMOS is very simple CMOS has an absolute advantage in a large number of data processing, with CCD to achieve high-definition increase in many costs, but also, CMOS technology has improved in recent years, leapfrog development. Early limited issues such as low illumination and WDR have been resolved. The inherent cost advantage of CMOS makes it occupy the mainstream position in the field of high-definition network cameras.