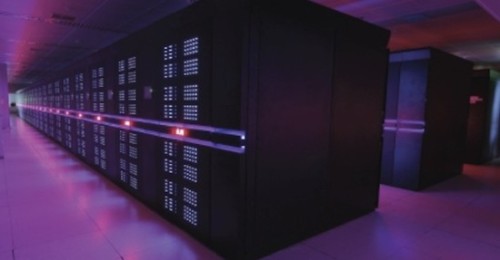 Jack Dongarra, a professor of computer science at the University of Tennessee, flew to Changsha, China two weeks ago and met with a researcher at the National Defense University of China for the development of supercomputers. He hopes the trip will be able to further discuss supercomputer issues, but it is surprising that the supercomputer system has been put into operation.

According to the latest benchmark tests, this supercomputer is called "Tianhe II" and has more than 3 million processor cores. It is the world's fastest supercomputer. Its computing performance has reached 54.9 petaflops/s, which has surpassed the 17.59 petaflop/s of the previous champion Titan.

In fact, Tianhe 2 is almost all "Chinese goods" from beginning to end. It uses an operating system called "Kylin", developed by the China University of Defense Science and Technology, and uses domestically-invented network equipment. Even processors are made in China. The only U.S. component is the Intel microprocessor that is used for system computing. Although those Intel chips are the key, Dongarra believes that in the future the Chinese will certainly be able to develop chips to replace them. "They are working hard. One day, the size of the system will be made in China."

This is an immortal miracle for China, because in 2001 it had not yet developed any system that could rank among the world's top 500 supercomputers, but today it is very different. This is also a sign that both the United States, Europe, and Japan may lose their favorable position, and the Chinese who continue to work will skyrocket. "If you say, this is a race. Ten years ago, we were far ahead. Now that gap is getting smaller and smaller," said Daniel Reed, deputy dean of the School of Studies and Economic Development at Lowell University.

Five years ago, the United States planned to develop a supercomputer comparable to "Tianhe II." They are expected to develop a "billion-scale system" - as well as the "Tianhe II" performance is excellent, but it is 30 times faster than it. Unfortunately, the economic recession and lack of funds in 2010 eventually led to the bankruptcy of the plan. Horst Simon, deputy director of the Berkeley National Laboratory, said, â€œAt this time, China has made a significant leap in this area.â€

The research and development of a "billion-scale system" requires the joint efforts of people in all fields. Many parts are still under development. Chip makers such as Nvidia, Intel, and AMD are all committed to developing new microprocessors that support system operation, but the country also needs to make the necessary research to develop networks and software to support these systems. development of.

Dongarra said, â€œThe U.S. government is not investing and the related industries are difficult to develop. In the hundreds of billions of plans, we still cannot quickly join hands and unite the front.â€

Our abrasive discs have the good quality and competitive price in the market.Widely used in grinding and polishing process in the fields of iron and steel,building materials,ship aviation,vehicle,timber and plastic industries.

Silicone carbide grain is used for polishing stone,plastic,fiberglass and concrete.