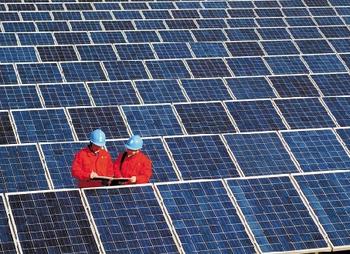 The 2013 â€œYangtze River Delta Jiaxing Investment and Trade Fair and Jiaxing Solar Energy Industry Investment Promotion Conferenceâ€ held on June 18 showed that the personal distributed project built in Jiaxing Photovoltaic Industrial Park will receive a subsidy of 2.8 yuan per kilowatt-hour for subsidy. In three years, it has fallen by 5 cents a year. "On average, the cost can be recovered in three and a half years." Insiders joked that the people of the country all went to Jiaxing to build distributed power plants.

In addition to Jiaxing Photovoltaic Industrial Park, Jiaxing Tongxiang City issued the "Policy Opinions on Encouragement of Photovoltaic Power Generation Demonstration Projects (Trial)" as well as subsidies. Tongxiang proposed to implement "one award double supplement" for demonstration projects with an installed capacity of over 0.1 MW. First of all, to give investment incentives, that is, one-time rewards of 1.5 yuan per watt are given to installed projects, followed by subsidies for power generation. The government implements electricity price subsidies for photovoltaic power generation, and subsidies are provided at the rate of 0.3 yuan/kWh for the two years before it is put into production. In the third to fifth years, the standard subsidy of 0.2 yuan/kWh is given; in addition, Tongxiang City also encourages the renting of roof resources, and gives the lender a one-off subsidy of 30 yuan per square meter according to the actual area of â€‹â€‹use.

According to industry sources, at present, provinces and cities have basically completed the report of the distributed photovoltaic demonstration zone program, and the subsidy programs of all provinces and cities will be released one after another. Recent subsidy policies for distributed PV power plants in Jiangxi and Anhui have been published. Among them, Hefei City requires residents to build photovoltaic power generation projects or enterprises and institutions to build photovoltaic parking lots. After the project is put into use and the experience is accepted, it will be given a one-off subsidy of 2 yuan per watt according to the installed capacity, and another 0.25 yuan per kilowatt-hour according to the amount of electricity generated. Yuan's subsidies.

Jiangxi Province provided special fund subsidies in the form of demonstration projects for rooftop photovoltaic power generation. The subsidy standard considers the national policy, the market price of photovoltaic modules and other factors to be adjusted year by year. The first phase of the project will be subsidized by 4 yuan/peak watt, and the second phase of the project will be tentatively set at 3 yuan/peak watt. At present, the residents' self-built rooftop photovoltaic power generation demonstration project will receive a subsidy of around 4,000 yuan.

According to a senior analyst in the new energy industry, subsidies for various provinces and municipalities are generally subsidized by 0.25-0.3 yuan/degree on the basis of state subsidies. The subsidy program with a period of up to 20 years at the national level will also be released soon, with an expected price of 0.45 yuan/kWh. Recently, the six measures of the State Council Executive Meeting on accelerating the healthy development of the photovoltaic industry have clearly stated that the full purchase of photovoltaic power generation, together with a large amount of subsidies, will motivate individuals to invest in rooftop photovoltaic power generation projects. In this way, some excess production capacity can be digested, and the curve can be used to facilitate the domestic photovoltaic manufacturing industry.

Silicon Transistor are solid-state semiconductor devices with functions such as detection, rectification, amplification, switching, voltage regulation, and signal modulation. The transistor acts as a variable current switch and can control the output current based on the input voltage. Unlike ordinary mechanical switches (such as Relay and switch), transistors use electrical signals to control their opening and closing, and the switching speed can be very fast. The switching speed in the lab can reach more than 100GHz.