Apple's listing has triggered a big change in the global touch industry. The hot touch screen has shocked many people. The current smart phones and tablets are basically touch. The strong demand for portable mobile products has caused many people to imagine, businessmen The profit-seeking nature is undoubtedly causing many companies to start making articles about touch, and many companies have begun to invest heavily in touch. Although R & D touch will undoubtedly require a lot of investment and may lower their profit margins, they think The risks taken are totally worth it, very optimistic about the future market. Now looking at the field of touch control that has become a competitive Red Sea, the "too short" is reflected most vividly.

The competition in the field of touch chips is no worse than that of the template. As Morningstar and MediaTek gradually open up the mainland smartphone market, it will break Dunton's unique situation in the mainland China market. The laptop touch chip leader ELAN has invaded all notebook computer manufacturers except Apple, and other companies are eyeing. Due to differences in penetration rate, product stability and other factors, the price drop of notebook touch chip products will be relatively limited, and the price of mobile phone touch chip market products will be a key factor. It is expected that price competition will be relatively higher than that of notebook computer touch chip markets. fierce. 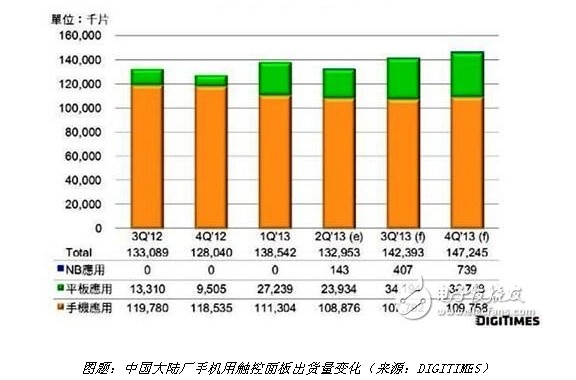 But let's not forget the situation of downstream terminal products. Although the demand for touch products in terminal products continues to be hot, especially for high-performance touch products, the penetration rate has continued to rise, but the competition has been very fierce. The future market Many variables still exist. Why rely on to seize market share and increase penetration? I think the only thing industry can rely on is technological innovation!

With the proliferation of touch screen technology, the automotive and industrial markets are growing faster and faster. The automotive industry has a series of special specifications for touch screens, which are usually in-vehicle infotainment display systems. The screen size is of course much larger than a typical smartphone, and the touch screen controller is certified to work within a specific temperature range. Industrial applications often have similar size and temperature requirements. In both markets, noise immunity is also an important factor in achieving high performance. Waterproofing is also a function that customers care aboutâ€”the touch screen on the equipment in the car or factory must be very reliable and work properly when the user touches it with wet fingers. Advanced features such as glove touch are also needed, especially in industrial applications that require gloves to work. 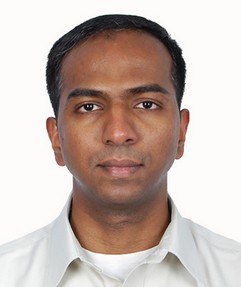 The touch function has entered into more industry applications than mobile and portable. It seems that there is no end. The industry will continue to use the power of technology to drive this revolutionary innovation. From smart phones, tablet computers to medical equipment, in-vehicle entertainment display systems to industrial instruments, residential automation, leisure and entertainment interactive signs, etc., touch will continue to become the mainstream of interaction between people and electronic devices. Mobile touch is the general trend in the future. It is impossible to escape!

In today's society, whether it is a smartphone or tablet, but also including TV remote controls, computer peripherals, household appliances, automobiles, and even medical equipment and industrial control fields, with the wide application of capacitive touch screen and touch key products, more and more The more and more, the demand for the stereoscopic feeling of flat buttons is higher and higher. This is the stage of "high integration" and "high performance" haptic drivers. This is a brand-new product, which not only brings human feeling, but also can play a series of functions such as touch prompt, goal realization prompt and so on, and as the product becomes thinner and thinner, the internal space is more and more scarce. 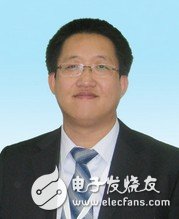 Touch control is a very fast-growing market in Hetai. Last year, there was a 50% growth. This year â€™s growth will be even greater. It will also be the company â€™s focus in the future. At present, the sales volume of touch chips is about 10KK per quarter, and 45% of them are applied to induction cookers and cooker hoods. At present, most of these products on the market have touch buttons. 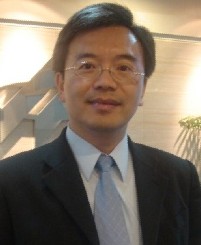 Mr. Cai Rongzong of Hetai Semiconductor said that the touch field is a key point and is in a huge market that is on the rise, but they are also looking for more growth points in other fields.

With the accelerated growth of smartphones and tablets, and the gradual spread of touch to automotive electronics, medical care, home appliances, and other fields, there are more and more related applications. We are very optimistic about the touch market, although it is no longer a new technology. But it is in a rising period, and touch will still have a golden growth period. Hetai has been pushing touch for four years, has accumulated a lot of experience, and has always insisted on improving its own touch technology to improve touch stability and sensitivity, and according to customer feedback, overcome technical difficulties, enhance waterproof and dustproof performance and Integration.

As the degree of chip integration is getting higher and higher, and the market also has a demand for highly integrated touch chips, Hetai has also launched integrated chips for single-chip and touch. Easy to use and low cost are the advantages of integrated chips. In the future, we will continue to strengthen R & D and improve technical quality.

Words written in the back:

In particular, the strong demand for portable mobile products has driven the rapid growth of the overall touch market, and various problems have followed. The fierce competition in this industry is a fact that everyone sees. With the passage of time, Pad now has a basic manpower. Afterwards, computers and notebooks, including the ultrabooks of the previous period, now with touch function should be a trend. Therefore, the touch screen itself should be rising in terms of prosperity. This is a daily consumer electronics product, there are other, such as industrial control and other products, including car, etc., these are widely used in touch screen. It is precisely because of this wide application that touch screen brings fierce competition. I think in terms of prosperity, this industry is still optimistic.

The field of touch control has become a red sea of â€‹â€‹competition. This is both a challenge and an opportunity. Only companies dedicated to technological innovation can gain market recognition and gain more development opportunities.

â€”â€”This article is selected from the â€œSilicon Forum Forumâ€ of the â€œTechnology Special Issueâ€ of Electronic Audiophile Network in October. Please indicate the source for reprinting.