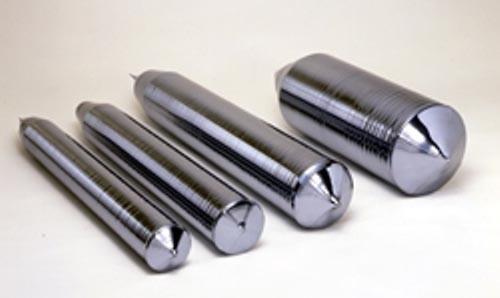 In the face of fierce competition, domestic monocrystalline silicon manufacturers have come up with new magic weaponsâ€”establishing industry standards.

However, although the new standard is conducive to the use of customers, the continuous expansion of polysilicon production capacity still makes single crystal silicon manufacturers worry.

Li Zhenguo, chairman of the unified production standard Longji shares, told reporters that in the past, the standards for monocrystalline silicon wafers were not uniform, although they included monocrystalline wafer manufacturers such as Longji, Zhonghuan, Comtec, Jinglong, and Sunlight. There are relatively close diameters (eg 200 mm to 210 mm) and marginal dimensions, but still making customers difficult to select.

If the specifications are not uniform, manufacturers of monocrystalline wafers cannot mass-produce the same specifications on a large scale. â€œIf company A wants a wafer size, company B needs another size, we have to use different production equipment at our production end. And if A company's efficiency is not good, the number of wafers it may purchase is not enough, we will increase the corresponding inventory, and this batch of goods originally supplied to company A cannot be sold to company B."

Now that several large monocrystalline silicon companies have unified standards, this problem will be solved accordingly.

He disclosed that at present, everyone has jointly introduced the "M1 and M2" specifications of two types of monocrystalline silicon wafers (205 mm and 210 mm). The upstream and downstream industry chains can reduce some costs, and various types of devices on the production line can also be fully utilized. For example, single crystal M1 is 1.63% increase in area of â€‹â€‹156 original film, and 19.2% conversion efficiency of the cell sheet is used as a reference. Monolithic power cell can reach 4.66 watts; according to the cell's 3 yuan per watt, each piece increases. The value of 0.2 yuan, which is also helpful for downstream customers.

Ding Wenlei, executive director of power station project developer Hanghan Solar Energy Technology Co., Ltd., said that currently the production capacity of these five companies is about 5G to 6G watts, while the overall domestic monocrystalline wafer production capacity is between 6G~7G watts, and 5 large enterprises Occupying 90% of the national output of single-crystal silicon wafers, their unified technical standards are conducive to the development of the industry. â€œAnd the standards they set will not cause major changes to the production lines of other small and medium-sized monocrystalline silicon wafer manufacturers, and everyone should be able to Meet this standard."

He also stated that there is no price issue involved in the formulation of standards, so there is no monopoly on price alliances.

The intention is to grab the joint efforts of several large-scale monocrystalline silicon companies from downstream customers in the domestic market. The other deeper meaning is that they hope to grab more component manufacturers and power plant customers from polysilicon manufacturers.

The main components of the photovoltaic industry chain are polysilicon, silicon wafers, pull rods, slicing, batteries and components, and power station construction. At present, about 70% of the domestic silicon wafer industry is controlled by polysilicon chips. The large number of battery customers of monocrystalline wafer makers such as Longji and Comtec are concentrated overseas. This is mainly because overseas customers have higher quality requirements and are not as price-sensitive as domestic customers. Domestic single-crystal wafer makers hope to have a shorter account period (overseas customers have a shorter account period than domestic customers).

What's more, unlike overseas battery and component plants, a large number of domestic component manufacturers also own polysilicon production capacity. They need to digest their own upstream wafer production capacity. When it comes to selling its own components, these component manufacturers are also willing to recommend cheaper polysilicon components to their customers, including Yingli Green Energy, Trina Solar and Yanhui Sunshine.

"What is worrying is that a large number of domestic component manufacturers are also planning to expand production next year, so the demand for polysilicon films will further increase." Guotai Junan photovoltaic industry analyst Hou Wentao said, "In the past there are some overseas components or battery manufacturers They are also very convenient to supply to Europe; but now with the continuous improvement of the overall domestic battery and module manufacturing capabilities, some overseas battery and component companies will probably be entrusted to domestic OEMs, which will inevitably lead to monocrystalline silicon. The company lost some of its customers.â€ For example, Comtec, its 77% of total revenue in 2012 came from customers in the Philippines and Malaysia.

Li Zhenguo said that the reason why overseas customers favor the higher-priced monocrystalline silicon wafers is because single-crystal silicon wafers have higher power generation efficiency and overall power plant investment return than polysilicon wafers. Single-crystal silicon wafers produced 23% and 27% of P-type and N-type single-crystal batteries, respectively, while polycrystalline batteries were about 20%. However, domestic customers are more concerned about the one-time low purchase cost. â€œSo we need to introduce a unified standard, higher efficiency, and the same price to the customer. Of course, let the domestic downstream customers accept us for a while. Positioning products does take some time.â€