The AMOLED market is gradually warming up. DigiTimes estimates that the market size of small and medium-sized AMOLED displays will exceed $50 billion. Experts pointed out that the main bottleneck of AMOLED mass production is the lack of capacity, which has caused downstream mobile phone manufacturers to adopt AMOLED in their products due to worrying about supply problems. However, the shortage of production capacity is expected to increase in the AMOLED market in 2012 after more manufacturers (about 5 to 6) have joined the mass production line in 2011.

In general, OLED is divided into active matrix (AMOLED) and passive matrix (PMOLED). PMOLED has the advantages of power saving, but the response is slow. Such characteristics are suitable for lighting applications, so it gradually develops into the field of lighting; AMOLED Because of its fast response, it is very suitable for display devices, so it is considered to be the best choice for replacing LCD panels in the future.

Compared with traditional LCD panels, AMOLED has a wider color gamut, higher contrast, wider viewing angle, and makes the products lighter because of the factors such as no backlight and easy driving. The advantages of high resolution and power saving are more suitable for small handheld devices. The only drawback is that the current price is too high, only some high-priced mobile phones, Walkmans; although SAMSUNG, LG and other panel manufacturers have published large-size panels for TV and computer display, but due to less production, technical difficulties High, still not mass produced.

AU Optronics (AUO) plans to begin mass production of OLED displays in 2011. It is understood that AUO will produce OLED panels for small-sized devices such as mobile phones and portable products. This also adds more visibility to the OLED panel war.

In fact, in the past, under the pressure of the LCD panel, OLEDs also lost, and many manufacturers have retired. AUO has produced mobile phone-specific OLED panels in 2006, but it will soon exit the OLED panel market because the yield of OLED panels has been low and the cost has continued to be high, which has not been effectively depressed. However, with the breakthrough in OLED materials and processes, AUO re-launched the R&D and production of OLED panels around 2008. At that time, AUO resolutely returned to the OLED battlefield. Another important reason was that Qijing Optoelectronics, which did not want to invest in the Chi Mei Group at the time, added a second OLED production line.

Of course, in addition to Taiwan and South Korean manufacturers, ten Japanese companies including Sony and Sharp have also cooperated with the Ministry of Industry and Economy of Japan to develop large-scale OLED panels, hoping to surpass Taiwan and South Korea to achieve OLED displays. Market leadership and planning for the long-term strategy of replacing OLED TVs with LCD TVs.

AMOLED displays are quickly integrated into smart phone and digital camera applications, but in large-size displays such as television, they are too expensive to commercialize. But in fact, the biggest enemy of OLED displays in the market is not the price, but the LCD TV. After a long period of development, LCD TVs have been thinner, cheaper, faster, and better. In the face of the TV market, which is almost monopolized by LCD, the only opportunity for OLED is 3D TV. Experts believe that LCD monitors are difficult to meet 3D display requirements due to the update speed, and there will be problems when processing screens are quickly switched, so it is not optimistic about the combination of LCD TV and 3D. On the contrary, plasma TVs and OLED TVs have an update frequency of up to 120 Hz or even 240 Hz, which makes them more suitable for 3D TV use. OLED is also considered to be the killer application for future 3D display.

DisplaySearch pointed out that although most AMOLED panel display manufacturers still use mobile phone applications as the bulk in the early stage, the future will inevitably cut into the market of notebook computers and TVs.

Military power system refers to the power supply which can provide power for many equipments or other use ,as this items developed through our company R&D department,it has a high energy density and high working power.Seconldy as a new energy it uses ,it is totally pollution-free.Thirdly ,for this miltifunction power pack , Capacity, resistance, Voltage, platform time consistency is good.With short-circuit production function, it get more safe and reliable.Besides YFJ company has a very strict test before sending to customers in order to ensure of our product quality . 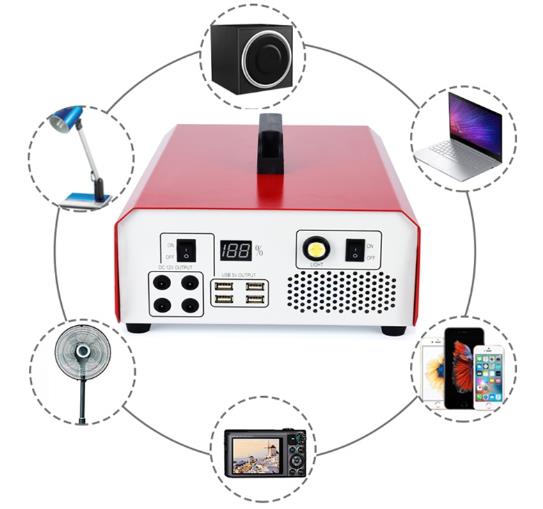