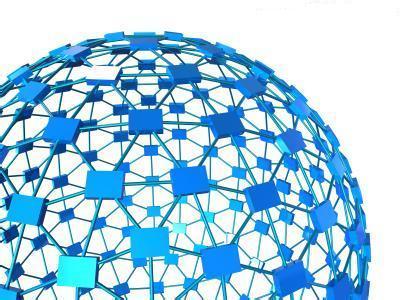 Microsoft CEO Steve Ballmer is one of the few people in the IT industry who is self-examination. He is also reluctant to admit mistakes. Surprisingly, Ballmer actually said recently that the biggest regret for Microsoft's CEO is that it is overly concerned about Windows and is losing its focus and harming the entire company.

Ballmer recently had a deep conversation with Wall Street analysts, involving multiple issues. According to a report by Business Insider, a technology blogger, citing Ballmerâ€™s remarks: â€œIf there is one thing that makes me regretful, it is that in the early 21st century, we focused on Windows at that time and were unable to deploy talent to redeploy the appearance of mobile phones. â€

Although Ballmer acknowledged the companyâ€™s mistakes caused by excessive attention to Windows, his words still revealed some hypocrisy. As early as 1990, Microsoft began to develop operating systems for mobile devices. By 2003, the company had developed a smart phone operating system called "Windows Mobile" that was based on the previous Windows CE and Pocket PC operating systems.

Therefore, rather than saying that this is a "talent deployment" issue, it is better to say that Microsoft is trying to force Windows to install on devices that are not suitable for Windows. The real problem is that Microsoft continues to use Windows as a "business gimmick" to combat competition. Therefore, Microsoft forced Windows to install on devices that require different types of operating systems.

Ballmer has never admitted that Apple's success in mobile phone design and Microsoft's failure. As early as 2007, he said in an interview with USA TODAY: â€œThe iPhone will not have a chance to gain a significant market share. This is a $500 subsidy program and may earn a lot of money. But if You really look at 1.3 billion mobile phones sold. I would prefer 60% or 70% or 80% of mobile phones to install our system instead of 2% or 3%. Such a small share is what Apple might get."

Although Ballmer admitted that it was a mistake to focus too much on Windows in the early 21st century, he did not admit that the company is continuing to make the same mistakes. Microsoft designed Windows 8 to be a touch-centric mobile operating system. The company hopes that when users are accustomed to this interface, they will rush to purchase Windows 8 tablets and Windows Phone devices. Windows was once again used to try to help Microsoft gain market share in other markets.

However, we can see the results: Surface let Microsoft suffered a 900 million dollar writedown, PC sales shrink, Windows 8 Tablet PC and Windows Phone demand is weak, but Ballmer did not acknowledge these mistakes, so he said It is fresh to admit that it was a mistake to focus too much on Windows in the early 21st century. But Microsoft is making the same mistake now, and the company needs to learn a lesson.

it adopts PCB as circuit board, which is mainly assembled by LED patch. It is stable and not easy to fall off, ensuring that LED chip can be used normally; and easy to fix and process, can not be bent, so can`t suitable for irregular places. Widely used in counters, exhibition halls, medicine cabinets, advertising light boxes, etc.