Analog voice in the digital age

Digital recording and playback technology has been introduced into the consumer electronics field since 1981. Since then, the power of digital systems has been constantly questioned, including the ability to reproduce the nuances and "traits" of old records, and to capture high-frequency signals and related backgrounds for hi-fi enthusiasts who want to enjoy music and movies perfectly. It is very important.

The challenges faced by engineers working on digital audio systems are of course more than that. The most basic is how to get high quality input throughout the process. In the early stages of digital recording, the sampling rate was very low; even today, the CD record rate can only reach 44.1 kHz, which is obviously comparable to the potential sampling rate that can be achieved by pure digital formats such as the current direct digital stream (DSD). Much lower.

Although the reprinting of â€œDigital Recordingâ€ in the 1980s and 1990s helped the large-scale popularization of CDs, it did not contribute to solving the replication problems faced by digital systems. These include "pre-ringing": the echo that can be heard before the first note is emitted by the digital filter in the playback system. 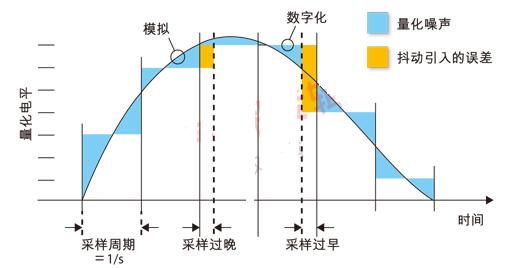 Jitter is another problem that both enthusiasts and professionals know exist in the early days of digital replication. There are two reasons for jitter, one due to random jitter of the clock used for timing audio sampling and the other due to instability of the supply voltage. In the case of random sample jitter, the listener sounds like background noise, and if the jitter is related to the audio signal, the result is like distortion. Figure 1 shows that due to clock problems, smooth analog signals may be sampled too late or too early, but this problem can be solved by the following measures:

The increasingly popular MP3/MP4 format today confuses the low sampling rate problem in the original audio source with the jitter problem caused by poor clocking in the data compression techniques utilized in the MP3/MP4 format. In other words, deeper levels of data in the original signal are lost through MP3/MP4 compression, because they need to grab the â€œblocksâ€ and discard all the parts they think are irrelevant, resulting in a more compact file format. .

In addition to the various challenges caused by jitter, there are many other problems, such as low sampling rate and compression ratio, the low signal-to-noise ratio encountered by early digital copying systems during sampling, and the existence of replication. The percentage of total harmonic distortion (ie THD) is too high.

The DSD recording format introduced at the beginning of this century was originally designed to solve the problem of too low sampling rate of the original source. DSD provides an ultra-high sampling rate for the original signal, but it still does not solve the key challenges faced by music enthusiasts in digital copying, including the aforementioned pre-ringing and jitter, as well as post-ringing, phase delay and Transmission band attenuation, etc. Although the Super Audio CD (SACD) format guarantees the quality of the original source, it does not solve the problem caused by the use of digital systems to reproduce high quality signals.

For this reason, the SACD format has never really taken off. As of now, we have found that the format of this format is only about 4,500-5,000, while the i-Tune sales in the MP3 recording format exceeded 50 in 2008 alone. Billion. From this point of view, those who pursue the ultimate sound quality will have to start slowly returning to the analog sound source, regaining the old record and seeking a more far-reaching audio experience.

In order to improve the quality of electronic devices used to reproduce analog sounds in the digital environment, the audio system industry has also taken some measures, including the introduction of ADCs and DACs. However, this is not a direct means after all, and still needs to consider the following aspects:

From the CDs of the early 1980s to today's digital systems such as MP3, one of the main challenges for users is the digital filtering problem associated with the DAC itself. When the signal is reconstructed, the DAC introduces an error component that destroys the original source.

It can be proved that the most important and most destructive of the above problems is still the pre-ringing problem, that is, the echo can be heard before the sound is generated, which is a basic problem of the FIR filter in the DAC. It can be heard before the sound has been sent, which is not in accordance with the laws of nature, so the audience is very sensitive to it - this has become a thorny issue in digital playback systems. Filter packs in traditional DACs previously focused only on control issues related to frequency response, while ignoring time domain problems. 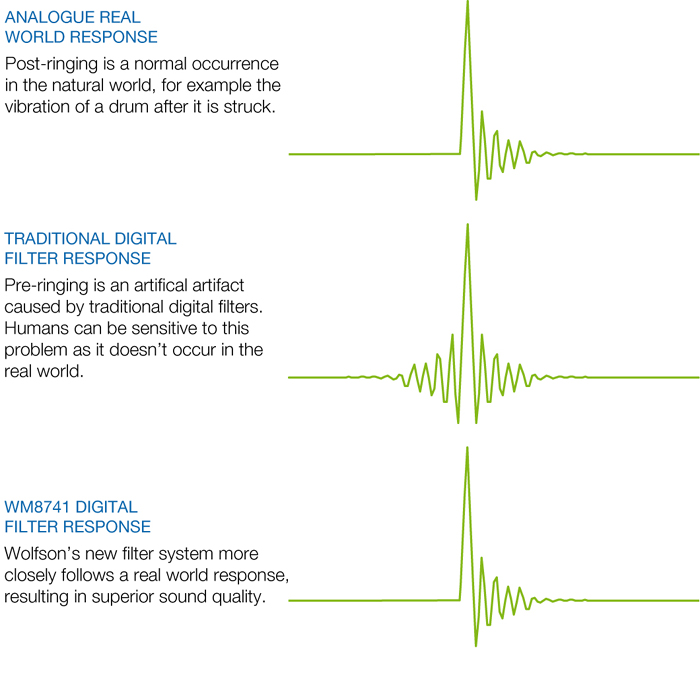 Figure 2: Using a variety of different filters to reduce the effects of pre-ringing and other digital distortions

The distortion problem described above can be solved by providing a wide range of filtering and using various filters together (see Figure 2). Linear filters, non-semi-band filters, and minimum phase shift filters can be used. Since manufacturers and end users can change the effects of these filters, it is possible to achieve optimal reproduction quality by carefully selecting filters and combining them to adapt the natural characteristics of the source signal and the style of the audio being listened to.

2. Dynamic unit that matches the purity of the sound

The various filter products offered by Wolfson are combined with a complex dynamic unit matching (DEM) process that provides in-depth processing of multi-bit signals to reduce in-band noise and distortion to as low a level as possible. .

The multi-bit signal can be decomposed into a series of independent delta/sigma modulated signals that, after reducing the in-band noise and distortion, recombine these decomposed signals together to produce an output signal. A multi-channel approach can be used in the DEM process to ensure that each part of the signal after the delta/Î£ modulation process has the highest resolution and fidelity, which will achieve the highest possible output signal quality in reproduction.

By using multi-channel technology in the DEM process, it is possible to ensure that errors are greatly reduced in low frequency reproduction. In addition, the linearity of the signal is also improved because each component of the original DAC signal is presented at the equivalent frequency of the input and output in each stage of the matching process for achieving the highest fidelity.

In fact, the importance of a high-performance Î£/Î” architecture cannot be overemphasized for the overall performance of a DAC unit.

The Î£/Î” architecture is responsible for receiving the input digital signal and monitoring the output pulse. When a difference occurs between the input binary signal and the output pulse train, an error signal is generated. Then, the Î£ unit starts to work, and the error signal provided by the Î” unit is added to the result, and then supplied to the low-pass filter, which finely adjusts the analog signal to compensate the binary signal and the pulse train. The difference between this ensures the fidelity and clarity of the sound in the final result.

The DAC systems that originally included Î£/Î” modulators were mostly single-bit solutions, and designers soon discovered that this solution can only provide very coarse quantization of speech signals, which is accompanied by a large amount of unwanted noise, so it must be Filter after the DAC process. A multi-bit system then appeared, and the 16-24-bit signal was sent to an interpolation filter, which was then entered into a multi-stage sigma/delta modulator to improve out-of-band noise and signal mirroring.

For Wolfson, the key to its technology is to use the most complex multi-stage delta/sigma architecture and combine it with sophisticated DEM technology and industry-leading signal filtering technology to deliver an exceptional audio experience.

ADC and DAC - the core of the component chain

Although today's DSD technology can provide consumers with the highest quality source signals, if you want to provide the highest possible quality for music enthusiasts, you must also be aware that every part of the entire component chain is critical. From the power lines and input devices to the speakers, as well as the control unit, every unit that is provided to the end user must have the highest possible quality and must be competitively priced.

For those who are willing to invest heavily in the voice system, ultra-high fidelity is the most important. This means that every unit on the component chain of the reproducible device must have the best performance. The core of the chain is the ADC and DAC.

While modern technology and design have greatly improved the performance of ADCs and DACs, there is always pressure to continue to improve voice quality, especially in the high-end audio market. Wolfson is constantly committed to meeting these challenges and providing a high quality audio experience for consumers in the digital age.