A sensor is a common but important device that is a device or device that senses the various quantities being measured and converts them into useful signals on a regular basis. For the sensor, the input can be divided into static and dynamic quantities according to the state of the input. We can get the static characteristics of the sensor based on the relationship between the output and the input under the steady state of each value. 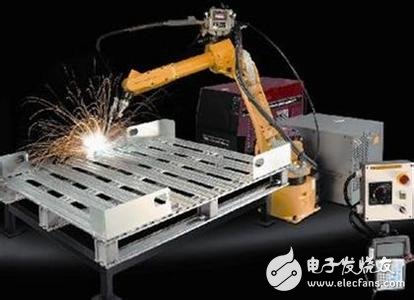 As an example, let's take a look at the more commonly used photoelectric sensors. Such a sensor converts an optical signal into an electrical signal, which directly detects radiation information from an object, and can also convert other physical quantities into an optical signal. The main principle is the photoelectric effect: when light is irradiated onto a substance, the electrical effect on the substance changes, and the electrical effects here include electron emission, conductivity, and potential current.

Obviously, devices that can easily produce such effects become the main components of photoelectric sensors, such as photoresistors. In this way, we know that the main working process of the photoelectric sensor is to receive the corresponding light, convert the light energy into electrical energy through a device like a photoresistor, and then obtain the desired output through the amplification and denoising processing. electric signal. The output electrical signal here has a certain relationship with the original optical signal, usually a nearly linear relationship, so that the calculation of the original optical signal is not very complicated. The principles of other physical sensors can be analogized to photoelectric sensors.

Let us look at the respiratory measurement technique again. Respiratory measurement is an important basis for clinical diagnosis of lung function and is essential in both surgery and patient monitoring. For example, when using a thermistor sensor for measuring the respiratory rate, the resistance of the sensor is mounted on the outside of the front end of a clip, and the clip is clamped on the nose. When the respiratory airflow flows from the surface of the thermistor, it can pass the heat. A varistor measures the frequency of the breath and the state of the hot gas.

Since the size of the thermocouple is very small, the precision is relatively high, and the micrometer level can be achieved. Therefore, the temperature at a certain point can be measured relatively accurately, and the later analysis and statistics can be used to obtain a more comprehensive analysis result. This is unmatched by traditional mercury thermometers, and it also shows the broad prospects for applying scientific technology to the development of science.

As can be seen from the above introduction, physical sensors have a wide variety of applications only in biomedical applications. The development direction of the sensor is a multi-functional, image-oriented, intelligent sensor. As an important means of data acquisition, sensor measurement is an indispensable device for industrial production and even family life. Physical sensors are the most common sensor family. Flexible use of physical sensors will inevitably create more products and better benefits. .

In recent years, sensors have evolved in a direction that is sensitive, precise, adaptable, compact, and intelligent. In the process, fiber optic sensors, a new member of the sensor family, are favored. Optical fiber has many excellent properties, such as: anti-electromagnetic interference and atomic radiation performance, fine diameter, soft, light weight mechanical properties, insulation, non-inductive electrical properties, water resistance, high temperature resistance, corrosion resistance, etc. It can function in people's ears, such as high-temperature areas, or in areas that are harmful to people (such as nuclear radiation areas), and can also transcend human physiological boundaries and receive sensory senses. Unexpected outside information.

Fiber optic sensors are new technologies that have emerged in recent years and can be used to measure a variety of physical quantities, such as sound field, electric field, pressure, temperature, angular velocity, acceleration, etc., as well as measurement tasks that are difficult to accomplish with existing measurement techniques. In a small space, fiber optic sensors show unique capabilities in environments with strong electromagnetic interference and high voltages. At present, there are more than 70 kinds of optical fiber sensors, which are roughly divided into optical fiber self-sensors and sensors using optical fibers.

The so-called fiber optic sensor itself is the fiber itself that directly receives the outside world. The external measured physical quantity can cause changes in the length, refractive index, and diameter of the measuring arm, so that the light transmitted in the optical fiber changes in amplitude, phase, frequency, polarization, and the like. The light transmitted by the measuring arm interferes (compares) with the reference light of the reference arm, and changes the phase (or amplitude) of the output light, and the measured change can be detected based on the change. The phase of the transmission in the fiber is highly sensitive to external influences, and the interference can be used to detect the physical quantity corresponding to the slight phase change of the negative 4th degree radians of 10. By utilizing the winding properties and low loss of the optical fiber, it is possible to form a long optical fiber into a small diameter fiber ring to increase the utilization length and obtain higher sensitivity.

A fiber optic sound sensor is a sensor that utilizes the fiber itself. When the fiber is subjected to a very small external force, microbending occurs, and its light transmission capability changes greatly. Sound is a kind of mechanical wave. Its function on the fiber is to force and bend the fiber. The sound can be obtained by bending. Fiber optic gyro is also a kind of fiber optic self-sensor. Compared with laser gyro, fiber optic gyroscope has high sensitivity, small size and low cost, and can be used in high-performance inertial navigation systems for aircraft, ships and missiles. The figure is the principle of the fiber sensor turbine flowmeter.

Another major category of fiber optic sensors is the use of fiber optic sensors. The structure is roughly as follows: the sensor is located at the end of the fiber, and the fiber is only a transmission line of light, and the measured physical quantity is converted into a change in amplitude, phase or amplitude of the light. In this sensor system, a combination of conventional sensors and fibers. The introduction of fiber optics makes it possible to implement probed telemetry. This fiber-optic transmission sensor has a wide range of applications and is easy to use, but with a slightly lower accuracy than the first type of sensor.

Optical fiber is a late show in the sensor family. It is widely used due to its excellent performance. It is a kind of sensor worthy of attention in production practice.

The biomimetic sensor is a new type of sensor that uses a new detection principle. It uses immobilized cells, enzymes or other biologically active substances to interact with the transducer to form a sensor. This kind of sensor is a new type of information technology developed by biomedicine and electronics and engineering in recent years. This sensor is characterized by high performance and long life. Among biomimetic sensors, biosensors are commonly used.

Biomimetic sensors can be classified according to the medium used: enzyme sensors, microbial sensors, organelle sensors, tissue sensors, and the like. In the figure we can see that the bionic sensor and all aspects of biological theory are closely related, which is the direct result of the development of biological theory. Among the bio-simulated sensors, the urea sensor is a recently developed sensor. The application of a biomimetic sensor is described below using a urea sensor as an example.

The urea sensor is mainly composed of a biofilm and its ion channel. The biofilm can sense the effects of external stimuli, and the ion channel can receive the information of the biofilm and amplify and transmit it. When the sensing site in the membrane is affected by an external stimulating substance, the permeability of the membrane changes, causing a large amount of ions to flow into the cell to form a transmission of information. Among them, the membrane protein, which is a component of the biofilm, can produce conformal network changes, change the permeability of the membrane, and transmit and amplify information. The ion channel of the biofilm is composed of a polymer of amino acids, and a polymer of polyamine (L-glutamic acid, PLG) which is easily synthesized in organic chemistry can be used as a substitute substance, which is better than the chemical stability of the enzyme. PLG is water-soluble and is not suitable for motor modification, but PLG and polymer can synthesize block copolymers to form a sensing film for sensors.

The principle of the ion channel of the biofilm is basically the same as that of the biofilm. After the block copolymer film is fixed on the electrode, if the substance that changes the PLG-protective network is added, the permeability of the film changes, and the current is generated. The change, by the change of current, can be used to detect irritant substances.

The urea sensor has been proved to be a stable biological sensor with good stability. The lower limit of detection is 10 orders of magnitude lower than the power of 3, and it can also detect irritating substances, but it is not suitable for the measurement of the living body.

In the near future, olfactory, gustatory, auditory, and tactile biomimetic sensors that mimic biological functions will emerge, possibly surpassing the sensitivity of human facial features, improving the current robot's visual, taste, tactile, and ability to operate on objects. We can see the broad prospects of bionic sensor applications, but these require further development of biotechnology, and we will wait and see this day.