How does price competition intensify the situation of LED lighting giants? 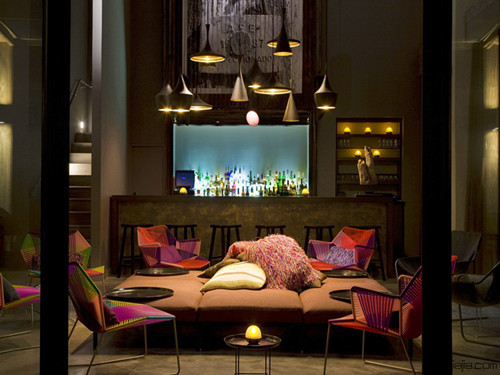 "Today's China, we live in the world's most expensive house, but we use the world's cheapest lighting products." This is the view of Jin Xin, Vice President of North Asia Marketing Division of Lighting Company of Osram (China) Lighting, and it seems to describe it. The current Chinese lighting market.

On May 21st, 2015, the network media reported that the prices of LED lamps in Shanxi fell by more than 30% in April, and Chongqing was about 20%, while in some parts of Henan, the decline was more than 50%. In 2015, the price reduction of LED lighting products has become the norm in China's lighting market industry.

The rise of China's local light companies in the past two years and the continuous decline in the prices of lighting products have brought more unfavorable situations to foreign companies that have made great achievements. Previously, Chen Junqi, director of Taiwan lighting brand Edison's Greater China Division, had not made any rumors in the interview, noting that because of the impact of price of lighting products, the sales volume of Ai Feisen increased but the output value declined.

So, LED product prices continue to decline, foreign companies in the development of China's LED market, is the scenery or encounter?

This is why foreign companies such as Philips, Osram, and Corey have taken a fancy to China's LED market.

"The most interesting aspect of the LED lighting industry is how to find the right customers." Facing the chaos in the Chinese LED market, an executive from a foreign company said. At present, in the face of rapidly changing competition in the commercial sea, no matter how large-scale lighting giants, regardless of the depth of the Chinese market, are pondering and responding to the dramatic changes in the Chinese LED market.

â€œPhilips China is in fact no different from any Chinese local company. In the 1980s, Philips entered China. Now that more than 95% of our employees are local employees, we are a very strong Chinese company.â€ Philips Lighting Greater China District President and Chief Innovation Officer of Philips Lighting Qiu Yuhong said. In 2013, Philips launched the HUE smart lamp. Since then, the smart lighting route has become the latest business model for Philips' development in China. "(Smart Connect) this new performance will bring new profit points." Hong Lili, CEO of Philips Lighting said.

OSRAM entered China as early as 1995 and now has four production bases in China. The promotion of brand power is OSRAM's key development strategy in addition to channel construction in China. "We must make a lot of investment in the channel strategy. In the future, we will do more brand image stores in China to further enhance OSRAM's brand image," said Ai Xiaoming, CEO of OSRAM (China) Lighting Co., Ltd.

M&A is often the quickest way to get into sub-sectors. In mid-September 2014, Cree, which took root in China's LED lighting market for seven years, signed a strategic cooperation agreement with Lin Yang Lighting to further enhance the inherent cooperation between the two parties in outdoor lighting; in December 2014, Shanghai Career and Zhongshan Pinshang Lighting signed The comprehensive strategic cooperation agreement, both parties jointly announced that they will give full play to their leading advantages in LED lighting solutions and LED packaging devices, and achieve in-depth cooperation in the high-end lighting market in the areas of commercial lighting, hotel lighting, home lighting and other fields.

Entering the Chinese mainland: How is the light going?

In spite of its easy-to-pretty atmosphere, Yiguang Lighting's transcripts are still gratifying. "The overall turnover in 2013 (Everylight Lighting) is probably around 70 million, and this year (2014) we estimate that it will be around 120 million, and in 2015 we plan to achieve 360 â€‹â€‹million." At the end of the year, Li Jiannan, general manager of Yiguang Lighting, responded to an interview with a reporter from Aladdin Lighting Network. 2014 doubled its performance and is expected to quadruple in 2015, and Everlight is confident in the lighting market in the Mainland.

It is undeniable that Yiguang Lighting's entry into China has not been easy. In May 2013, NVC Lighting Co., Ltd., a Chinese lighting faucet manufacturer, strictly prohibited its dealers from selling Everlight LED products. Otherwise, it will cancel the original product distribution rights and stop the disposal. "Nexus banned billions of light", so that Yiguang in China's channel layout encountered obstacles, exposing the tip of the iceberg, but also allow many industries to recognize the Chinese local lighting companies and foreign companies to see the channel dispute.

On the one hand, the price of LED products has dropped; on the other hand, local Chinese companies have set their sights on the lighting market. This gave Yiguang Illumination a smooth entry into the Chinese mainland market, adding more uncertainties.

Compared to Philips, Osram, Corey and other foreign giants, Everlight Lighting is a cutting-edge lighting market in China. Li Jiannan said: "The domestic lighting market is characterized by large-scale and high dispersion, and the market share of Yiguang Lighting in the domestic market is still at a very imaginative stage." He said that at present, it seems that he wants to be in the domestic market. Based on this, the key elements of competition are capital thickness, quality control capabilities, and production scale, respectively, and the three need to be effectively combined. Everlightâ€™s biggest advantage in winning the mainland market must come from Yiguangâ€™s transmission of cost advantages through the upstream and middle reaches of the industry chain, supplemented by Yiguangâ€™s relatively relaxed financing environment. Everlight has a prolonged battle in the domestic market. Ability.